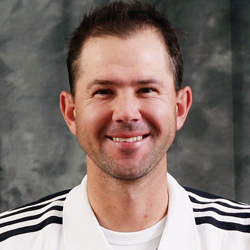 Ricky Ponting to Retire From All Cricket After CLT20

Ricky Ponting Out For Eight in Final Test Innings

Ponting Retire From Test After Perth

New Zealand fight back to win T20I series [+]
Sodhi, Boult and Southee picked up seven wickets between them before Guptill struck a 46-ball 71.

Agar six-for secure a huge win to keep the series alive [+]
New Zealand fall apart after a decent start to go down by 64 runs in the third game.