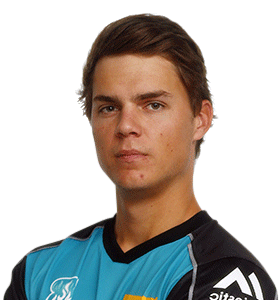 
Queenslander Mitch Swepson made his First Class debut in October 2015 and has emerged a contender to don the Baggy Green.

He impressed for Australia A in fixtures against South Africa A and India A in 2016, proving he could be ready to make the step up sooner rather than later.

Mitchell Joseph Swepson made his international debut in June 2018 in one-off T20I against England at Edgbaston, Birmingham

Head and Lyon rip through Sri Lanka to secure huge win [+]
Travis Head (4/10) and Nathan Lyon (4/31) destroyed Lankans in the third innings with their spin, skittling them out for 113.

Green stars as Australia build strong lead on truncated day [+]
The first session of play was washed out due to rain.

Five for Lyon as spin dominates action-packed first day [+]
Lyon leads bowlers day out as Australia bowl Sri Lanka out on day one.

Pacers help level the series as Australia lose 5 for 19 [+]
The home spinners also played a big role on a day where batters on both sides struggled.