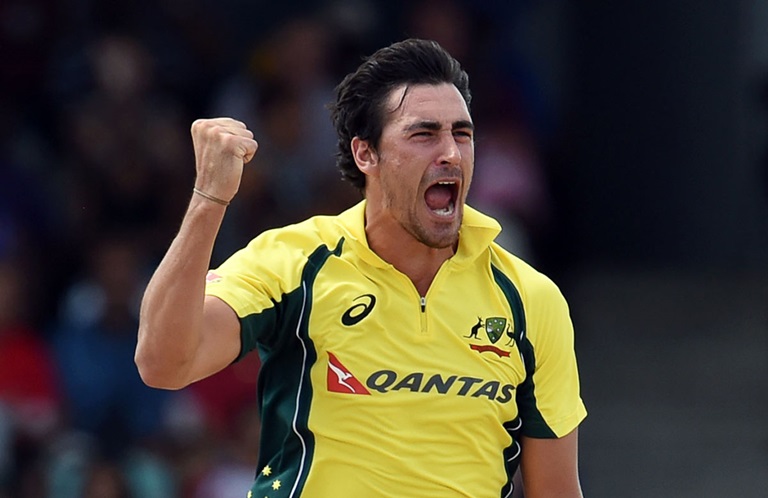 
21-Aug-2016: Mitchell Starc became the fastest to 100 ODI wickets, achieving the landmark in his 52nd match, a game quicker than Saqlain Mushtaq, and two quicker than Shane Bond.

Starc Ruled out of IPL 2018 Due to Stress Fracture

New Zealand fight back to win T20I series [+]
Sodhi, Boult and Southee picked up seven wickets between them before Guptill struck a 46-ball 71.

Agar six-for secure a huge win to keep the series alive [+]
New Zealand fall apart after a decent start to go down by 64 runs in the third game.

Conway unbeaten 99 Helps Kiwis Win by 53 Run [+]
New Zealand on Monday beat Australia by 53 runs in the 1st T20I at the Hagley Oval to take a 1-0 lead in the five-match series.