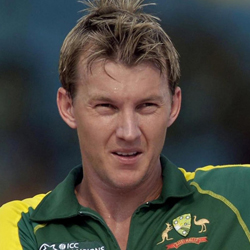 Lee to Retire From International Cricket

Marsh comes as Australia win and retain top spot [+]
Adil Rashid was brilliant for England, but they could not take advantage of it.

Supreme Jos Buttler seals series for England [+]
With this, the hosts have sealed the three-match series as they now enjoy a 2-0 lead over the Aaron Finch-led side.